Not Looking Good for Humanity? 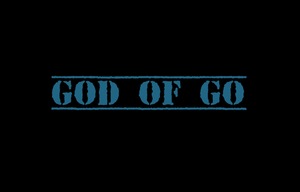 The world’s best player of what might be humankind’s most complicated board game was defeated on Tuesday by a Google computer program. Adding insult to potentially deep existential injury, he was defeated at Go — a game that claims centuries of play by humans — in China, where the game was invented.

The human contender, a 19-year-old Chinese national named Ke Jie, and the computer are only a third of the way through their three-game match this week. And the contest does little to prove that software can mollify an angry co-worker, write a decent poem, raise a well-adjusted child or perform any number of distinctly human tasks.

But the victory by software called AlphaGo showed yet another way that computers could be developed to perform better than humans in highly complex tasks, and it offered a glimpse of the promise of new technologies that mimic the way the brain functions. AlphaGo’s success comes at a time when researchers are exploring the potential of artificial intelligence to do everything from drive cars to draft legal documents — a trend that has some serious thinkers pondering what to do when computers routinely replace humans in the workplace.

“Last year, it was still quite humanlike when it played,” said Mr. Ke after the game. “But this year, it became like a god of Go.”